The Workshop: micros by Adam Martson and G. Walker

Heart's Desire, by G. Walker
G was a student from forever ago, now a very dear friend and an instructor at VCU. She has no time to write, but still manages to do so with amazing emotion and precision.

These People, by Adam Marston
Adam is from my current class. He just learned he's going to be in elimae. Cooper Renner's last issue as fiction editor, I believe. Kim Chinquee takes over January 2010 and beyond.

Yesterday was bad--trying to cope with a bad cold without meds or caffeine because of the ulcers they found Wednesday. I missed out on a hot meal, and I was EVIL, but my friends sent a care package--thank you! Today is better, and I'm even thinking of getting dressed.

So crummy but boring , especially compared to my WORST thanksgiving. That was when I was an adolescent, and my older sister, Leslie, was fresh out of the mental hospital. In the middle of the meal, she stood on her chair and announced that God was going to come down in a space ship to marry her. I was appalled, but took my cue from the dozen or so other relatives around the table who didn't even pause in their chewing and otherwise pleasant conversations. Except for my brother Sam, who could never ignore anything. He just said, "No he isn't." Like it was a normal argument. But that was Sam. It may sound like he took folks on their own terms, but in fact he took everyone on his terms--one was responsible for what one said, and being addled or compromised was irrelevant.

so this weekend I read Joe Young's magnificent Easter Rabbit (a review later), wrote a few creepy vsfs, then was seized by overly dramatic side effects of my cold that required a trip to Urgent Care and scared the living crap outta Dean (think allotriophagy if you're in a Cotton Mather frame of mind).

My symptoms were really easy to misinterpret, and my grasp on consciousness was not always steady, so there was a moment there of me thinking, as I dizzily tried to clean up, "Hmm. Might die. I liked the drafts I wrote this weekend. Dean could finish them easy."

Several of the contributors to the VIPs on vsf blog are curious about how my students are responding to the posts--the blog started two months ago as a friendly educational aid, and I received many generous, thoughtful mini essays and ruminations on various topics concerning the writing of very short fiction.

As we lurch into the last month of the semester, some of my students are eager to respond with product, so if all goes well, I'll be posting a new feature called "The Workshop," wherein I'll publish some of my students' micros, along with brief notes about how they came about.

I think the first one or set will come from Adam Marston, who will be burning up the scene quite soon. His story "Somebody Is Excited" appears in the current Dogzplot flash fiction blog and he's just had a piece accepted by The Northville Review.
Posted by Laura Ellen Scott at 9:12 AM 1 comment: 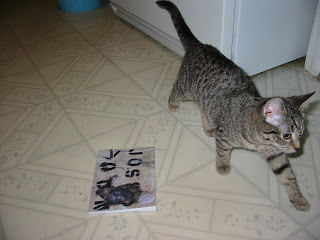 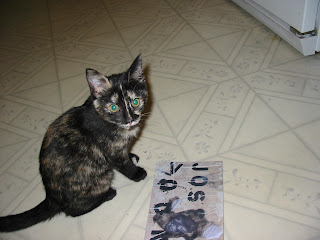 yay!!! can't wait to read it. but I will wait for the weekend.
Posted by Laura Ellen Scott at 6:31 PM No comments:

hmmm. so far I have seven creepy vsfs, a few in better shape than the others, but I'm happy with the cross chatter amongst them, and I'm not bored yet, either. The piece that may or may not be coming out in Wigleaf (if technical challenges can be resolved) is currently acting as the control personality against which alters react or cope.

It's good to have several of these pieces not really nailed before I move onto other ideas in the series. That way I can resist sending them out. If these stories accumulate into a collection, I want them to depend on each other, and I think I want most of the material to be "new."

Frame of mind: very Nick Antosca, but not as juicy
Posted by Laura Ellen Scott at 8:19 AM 3 comments:

The episode of "Friends" that never aired.

Posted by Laura Ellen Scott at 1:47 PM No comments:

Why I don't write any more 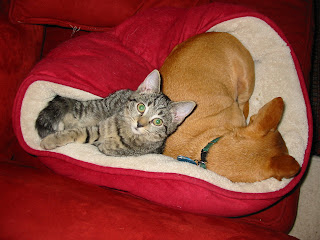 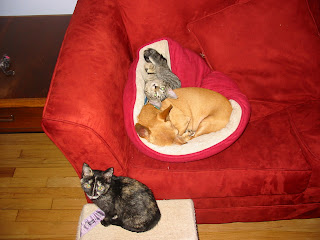 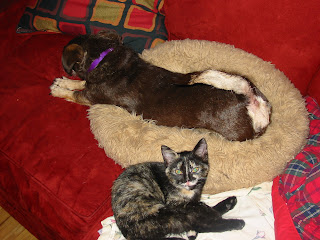 blogging the so-far short life of the mind

I haven't posted much lately--we're gearing up to re-kitten our lives, so I'm obsessing about that.

But there is a new subject for the writing class to mull, introduced last week after one of my students got a flash accepted at Dogzplot and another got an acceptance at Able Muse.  The Writer's blog. Barry asked for a blog link for the DP bio line.

We always take a little time to talk about how to present oneself in a cover letter/message, or more fully in a goals statement, but those are closed forms. The writer's blog is a whole nuther animal.

and speaking of animals, we're getting maybe two kittens soon. I think.
Posted by Laura Ellen Scott at 8:58 AM 2 comments: